Padlock is a very old lock. It can be said that other locks are derived from padlocks, so they are widely used in life. Because they are used more and frequently, there are many and various problems. Various, below, Pujiang Zhongxing Locks has compiled some methods on how to solve the problem of padlocks, and hope to help everyone.

One. Common failures and division of locks

The drop lock is most used in daily life. Because the parts are closed in the lock body, the padlock does not need to be installed during use, so it rarely shows faults. Locks that are used outdoors for a long period of time will reveal failures such as the lock core and the lock beam not jumping.

1. The lock does not turn

Before removing the fault, you should treat it seriously and check whether the key you hold is the key key, and then remove the fault after confirming that there is no doubt.

The way to get rid of is to click in a small amount of diesel or fuel, and after a while, insert the key and try to open it. If it cannot be turned on, add some diesel or fuel. During the period of high bubbles, use the key to gently turn it back and forth until all the actions are cut off. Avoid using too much force to break the key.

2, the key is not flexible

The key is not flexible when used for a long time. You can sprinkle some graphite pen noodles (green gray) in the keyhole, and then switch it several times. Really avoid adding engine oil to the keyhole, which will affect the movement of the marbles and reveal unexpected opening failures.

3. Lock the beam without jumping

4, the key breaks into the lock body

The key breakage into the lock body has a relatively high number of failures, and the method of removal should be based on the breakage situation.

⑴ The key breaks into the lock body from the root, leaving a section in the lock chest. You can use small tweezers or needle-nose pliers to clamp it out.

⑵ The key breaks into the lock core from its middle part, and it cannot be shaken out. The only thing in this situation is to disassemble the seven orifice seals on the lock body, shake the marble out, extract the lock core and the broken key together, and then re-install the lock core, marbles, etc., and seal them with aluminum wire.

1. Flexible when inserting the key but not flexible when removing. This kind of end is mostly driven by pin modification. The pin modification causes the axial gap of the lock core to be too large. When pulling out, the round-end pin and the lock pin hole are misaligned, and they are reset when being inserted, so the insertion and removal is not flexible. The removal method is to remove the lock, adjust the pin or padded to eliminate the gap.

3. The key is not flexible when used for a long time. You can add graphite pen powder (green gray) or candles to the keyhole like a lock. 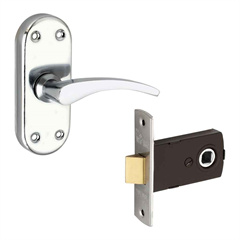 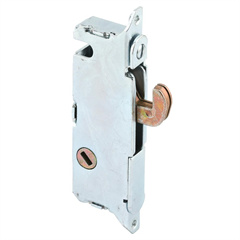