The gate lock, also known as oulang: entry door lock, is a lock equipped on the main gate leading to the outside of the entire building (excluding indoor door locks). Due to the particularity of the position of the door lock, it is usually very strong. The more commonly used door locks include anti-theft door locks and glass door locks. Here introduce: 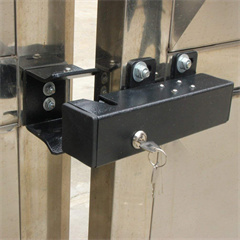 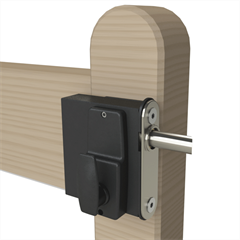 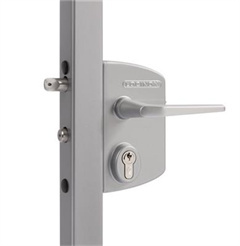 Thumb latches feature a traditional style handle with a thumb-activated push button. The handle typically mounts on the outswing side of the gate. If they lock, they usually lock with a key like a traditional doorknob.

Ring and lever-style gate latches are pretty old-school, but they can add a nice touch to a rustic garden. Ring-and-lever latches feature a ring that’s attached to the end of a lever. When the user lifts and twists the ring, the other side of the lever lifts, clearing the catch that holds it in place. These gate latches rarely lock. 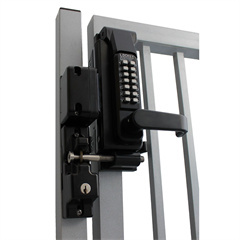 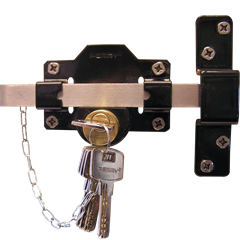 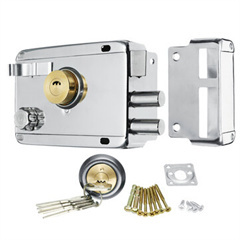 Bolt latches operate by sliding a bolt-like latch into a catch. These gate latches are very common and are easy to lock with a padlock.

Fingertip release models have post-mounted latches that either operate with gravity or a spring; finger release latches catch the pin and hold it in place so the gate stays shut. To open, push the top of the catch open to release the pin. These models typically lock with a padlock, but there are models with key-controlled tumblers as well. 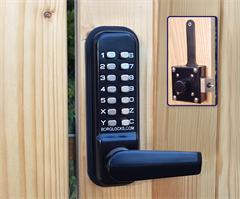 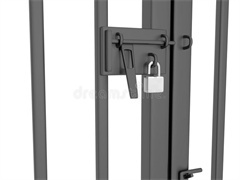 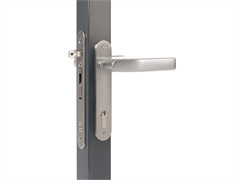 Fences and the gates that secure them come in a variety of shapes and sizes. For example, tall fences might benefit from a particular latch style, while lower fences might do better with another. Also, some garden gates are built from wood, which features right angles and flat surfaces. Chain-link fences, on the other hand, use round metal pipes. The hardware for one won’t work for the other, so you’ll have to choose the appropriate latch for your gate. 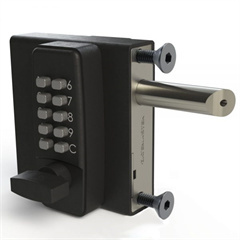 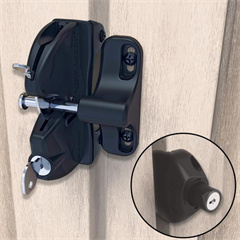 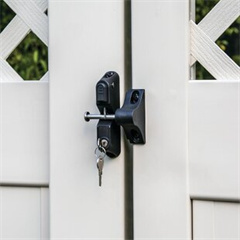 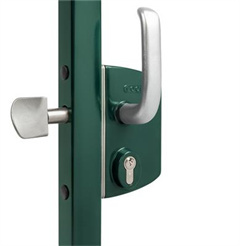 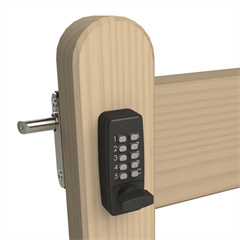 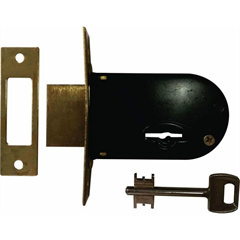 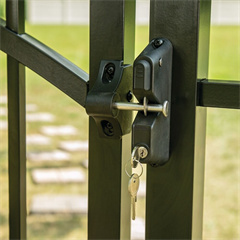 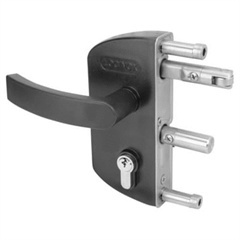 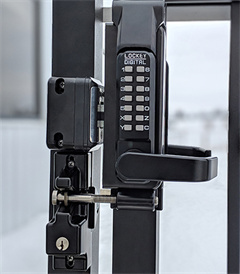 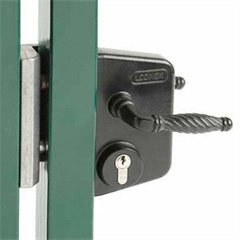 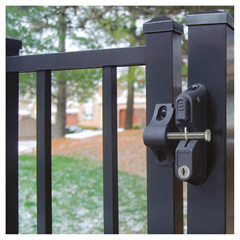 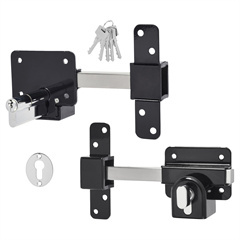 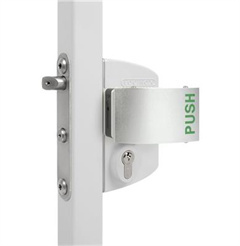 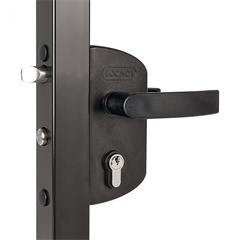